The History of Music: Part One

In the first part of this series looking at the history of music, Aiden Beach starts with the Medieval period. 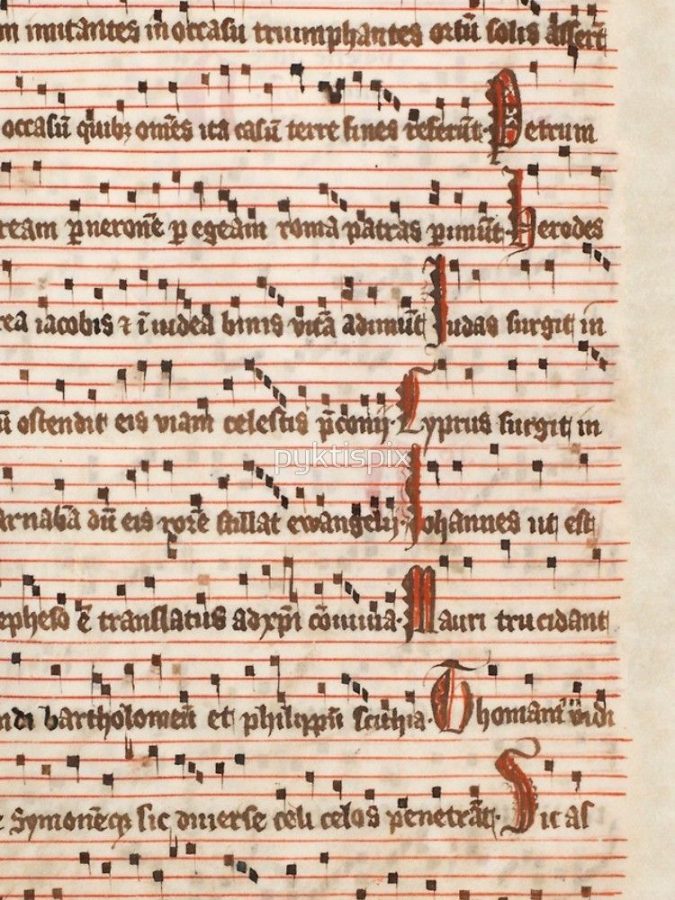 During the Medieval era, a little thing by the name of music sprung up in great amounts, most pertaining to religion or conquest in the name of it. Of course, music existed before this time period as it’s a very broad thing. However, the earliest music that we actually know the sound of is medieval era music. Music was a great thing during these times, and was played by bards at taverns and chanted by soldiers and civilians alike as they marched.

Generally the instruments used during this time were all woodwinds and string instruments with a little bit of percussion. More specifically the flute, recorder, lute and fiddle were all popular instruments, meaning a lot of this music is pretty high pitched (Musical Periods, 2018). When it comes to examining how these instruments would sound, specifically during this time period, it is important to take into account just how they were constructed. For example, flutes were more than likely made out of wood rather than silver.

A lot of the music was just one line, unaccompanied by more instruments, and notation was also very different during this time. However, don’t think that nobody made music with more than one melody line, as later on it was introduced, namely during the 13th century. We can also assume that the use of harmonies came into play during the medieval era of music.

Musical artists in this era aren’t necessarily people we look up to since there weren’t any really notable ones. However, we do know of a couple who made some notable works: John Dunstable, Adam de la Halle, Philippe de Vitry, Guillaume de Machaut and Francesco Landini.

Just because Medieval era music was primitive, doesn’t mean it didn’t contribute a lot to music theory and notation. Quite the opposite, really, since it’s the first time we see advancement in the field. Let’s start with notation. Of course, since this is the earliest type of music we can hear, it’s also, for the most part, the first time we see notation and music theory. Because of its age, it’s quite primitive to us today. For example, most notations were just to remind the singer of what would happen next and not much more. Of course there were some advances like notation for pitch and notes, but to those of us reading the music now it would be very hard to understand – even excluding the fact that they spoke Old English. You can see an example of what sheet music during this era looked like below:

Music Theory made several advancements though, most in rhythm, texture and tonal material. Let’s discuss the greatest advancement: rhythm. During the beginning of this age it was quite primitive due to lack of notation; however, as time went on many musicians would produce “guides’ ‘ on rhythm, which explained how to create and how to understand the best rhythm for the occasion.

Overall, Medieval music was a very important period of music which created a lot of the ideas in music we still use today. Despite its age, I’m sure a lot of people have heard this type of music before due to how popular the medieval era is in pop culture. Plenty of games and movies have examples of medieval music. However, if you wish to listen to authentic Medieval era music here is a compilation of 6 medieval era songs.